Avast researchers have identified scam videos spreading around the world in various languages in which children allegedly sick with cancer ask for donations. 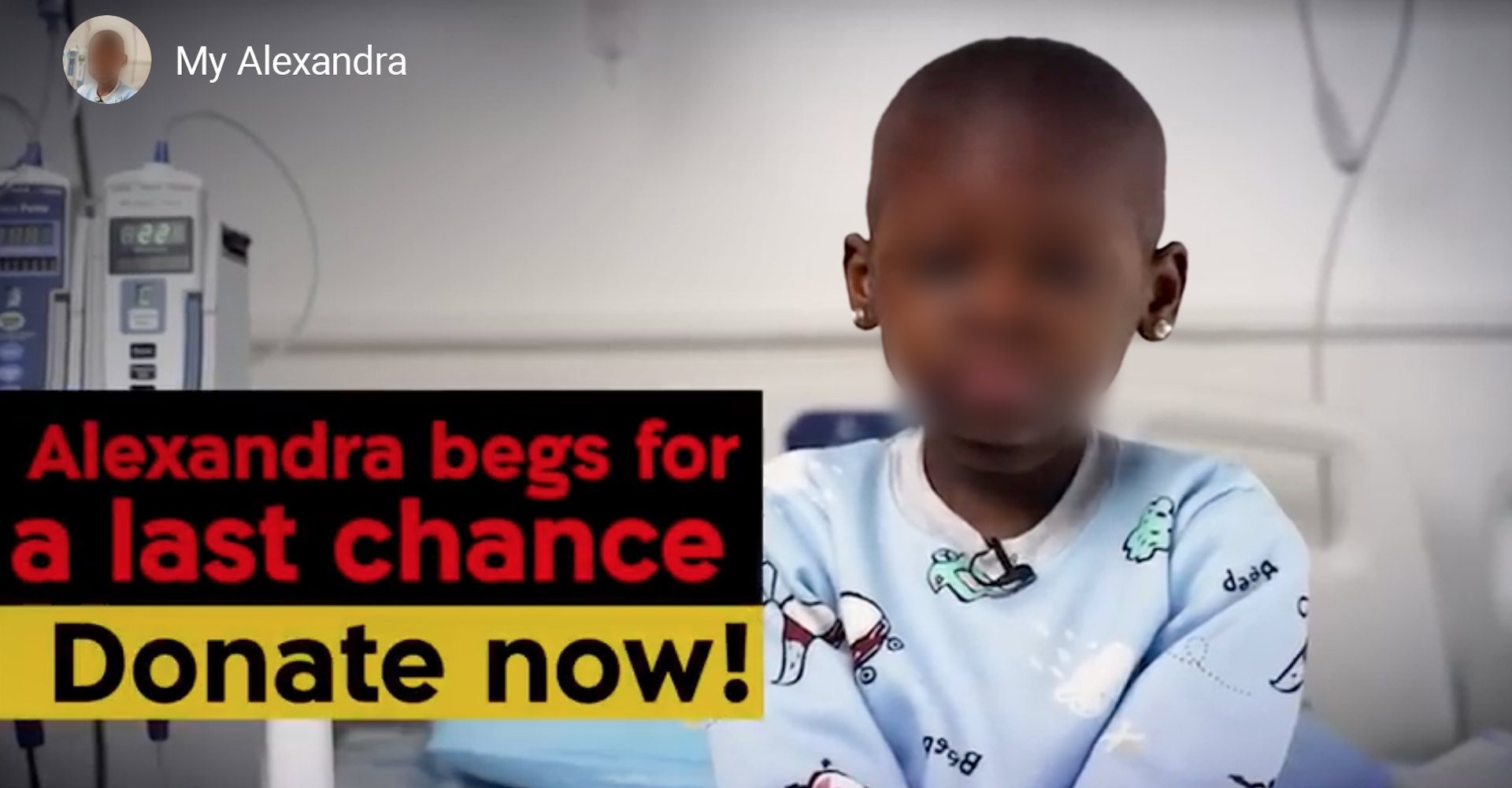 Avast researchers have identified scam videos spreading around the world in various languages in which children allegedly sick with cancer ask for donations.

Prague, Czech Republic, July 26, 2022 -  Avast (LSE:AVST) researchers have identified video ad scams spreading on YouTube, in which children who allegedly have cancer ask viewers for donations. The videos lead the watchers to fake donation sites, which Avast researchers urge people not to donate to. Avast blocks these URLs for its users.

In one of the video ads, a little girl, Alexandra, sits in a hospital gown. Her hair is shorn and she’s crying as she speaks into the camera. She tells the viewer that she has cancer and that her family can’t afford treatment. The video links to a donation fundraising page, which shows people have already donated over $650K. The Avast researchers have found a channel with an entire selection of videos of “Alexandra” in different languages ranging from English to Arabic, French, Portuguese, Spanish and Hebrew. One of the English videos has been viewed over 1.1 million times, some of the others hundreds or tens of thousands of times. The channel has over 3.2K followers.

Looking further, the researchers also found other channels of sick girls with similar videos on YouTube: Ariela, Ksenia, Barbara - overall, these channels have been visited over 10 million times.

“This scam, like so many, takes advantage of the altruistic impulses that humans have to help each other. It’s especially malicious and unethical because it not only erodes peoples’ trust in personal crowdfunding and charity, but also siphons money away from real causes and institutions. It also is potentially taking advantage of a real child, sick or not, whose video was either stolen for the scam or who is being forced to act out this scene,” said Pavel Novak, Threat Operations Analyst at Avast.

As an address on the fake donation website reveals an address in Jerusalem, Avast researchers have reported the scam to the CERT in Israel, and the videos to YouTube.

More information can be found on the Avast blog: https://blog.avast.com/cancer-girl-scam