Collision is “America’s fastest-growing tech conference” created by the team behind Web Summit. The event will take place on the 20th through 22nd of April, 2021 as a virtual conference.  Avast will be participating in the following sessions:

Jaya Baloo is Avast’s Chief Information Security Officer (CISO) and joined Avast in October 2019. Previously, Ms. Baloo held the position of CISO at KPN, the largest telecommunications carrier in the Netherlands, where she established and lead its security team whose best practices in strategy and policy are today recognized as world leading. Prior to this, Ms. Baloo also held the position of Practice Lead Lawful Interception at Verizon, and worked at France Telecom as a Technical Security Specialist.

Ms. Baloo is formally recognized within the list of top 100 CISOs globally and ranks among the top 100 security influencers worldwide. In 2019, she was also selected as one of the fifty most inspiring women in the Netherlands by Inspiring Fifty, a non-profit aiming to raise diversity in technology by making female role models in technology more visible.

Ondrej Vleck serves as Chief Executive Officer of Avast. Together with his senior management team, he executes on Avast’s vision to deliver people-centric security and spearheads the Company's product innovation program for emerging consumer technology categories, including the Internet of Things and 5G security. Mr. Vlcek was previously President of Avast Consumer, the largest business within the Company, and directed the development of Avast’s artificial intelligence-based cloud security network. Mr. Vlcek was also a key member of the executive team that took the company public on the London Stock Exchange in May 2018.

Previously, he held the combined position of Executive Vice-President & General Manager, Consumer, and Chief Technology Officer. In this role, he led Avast’s transformation from a traditional PC antivirus vendor to the leading provider of a full portfolio of protection, privacy, and performance products for consumers. Prior to that, Mr. Vlcek was chief developer, heading the team that developed one of the first-ever antivirus programs for Windows. Mr. Vlcek holds an MS in Mathematics from Czech Technical University in Prague. He is a recognized industry speaker having delivered keynotes at a number of high-profile events including RSA, Web Summit, Black Hat and SXSW.

Garry Kasparov was born in Baku, Azerbaijan, in the Soviet Union in 1963. He became the youngest world chess champion in history in 1985 and was the world’s top-rated player for 20 years, until he retired in 2005. His matches against arch-rival Anatoly Karpov and the IBM supercomputer Deep Blue popularized chess and machine intelligence in unprecedented ways.

Kasparov became a pro-democracy leader in Russia and an outspoken defender of individual freedom around the world, a mission he continues as the chairman of the New York-based Human Rights Foundation. He is a Visiting Fellow at the Oxford-Martin School, where his lectures focus on human-machine collaboration. Kasparov is a provocative speaker who appears frequently before business, academic, and political audiences to speak about decision-making, strategy, technology, and artificial intelligence. His influential writings on politics, cognition, and tech have appeared in dozens of major publications around the world. He has written two acclaimed series of chess books and the bestsellers How Life Imitates Chess on decision-making and Winter Is Coming on Russia and Vladimir Putin. His new book, Deep Thinking: Where Machine Intelligence Ends and Human Creativity Begins came out in May 2017. In 2016, he was named a Security Ambassador by Avast, where he discusses cybersecurity and the digital future. He lives in New York City with his wife Dasha and their two children. 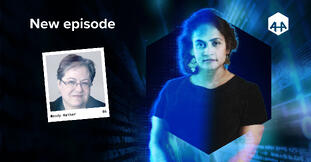 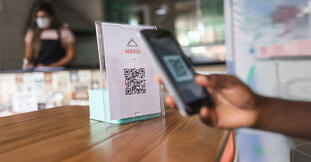 QR Codes In The Covid-19 Pandemic | Avast Although QR codes were first created in 1994, their widespread use didn't take off until the Covid-19 pandemic shut down the restaurant industry in early 2020. 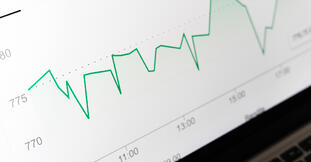