Mobile World Congress — Barcelona, Spain, February 22, 2016 – Avast Software, maker of the world’s most trusted mobile and PC security, today revealed results of a Wi-Fi hack experiment conducted at the Barcelona Airport the weekend before the start of Mobile World Congress to demonstrate how at risk people really are on public WiFi. The experiment, performed by Avast’s security researchers, revealed that thousands of trade show visitors threw caution to the wind when looking for a public Wi-Fi connection, risking being spied on and hacked by cybercriminals.

For the experiment, Avast researchers set up Wi-Fi networks next to the Mobile World Congress registration booth at the Barcelona Airport. The Wi-Fi network names were “Starbucks”,  “Airport_Free_Wifi_AENA“ and “MWC Free WiFi” — Wi-Fi names (SSIDs) that are either commonplace or that look like they were set up for the congress visitors. With mobile devices often set to connect to known SSIDs automatically, users occasionally overlook the networks they are connecting to. While convenient for many, this feature bears the risk of being spied on by cybercriminals who set up a false Wi-Fi network with a common SSID. Moreover, with any Wi-Fi network that does not request a password, the Web traffic can be visible to anyone. To mitigate these risks, simple Wi-Fi monitoring tools are available for free online.

In just 4 hours, Avast saw more than 8 million data packets from more than 2,000 users. To protect people’s privacy, the researchers scanned the data, but did not store it. Avast learned the following about the Mobile World Congress visitors:

“Many individuals recognize that surfing over open Wi-Fi isn’t secure. However, some of these same people aren’t aware that their device might automatically connect to a Wi-Fi network unless they adjust their settings,” said Gagan Singh, president of mobile at Avast. “With most Mobile World Congress visitors traveling from abroad, it’s not surprising to see that many opt to connect to free Wi-Fi in order to save money, instead of using data roaming services. When taking this route, people should utilize a VPN service that anonymizes their data while connecting to public hotspots to ensure that their connection is secure.”

Avast SecureLine VPN for Android and iOS devices encrypts connections on unsecured public Wi-Fi and allows users to browse anonymously. The app also lets users choose the server location they would like to connect with, enabling users to access content from their home country that may otherwise be restricted by geo-location.

At Mobile Wold Congress in Barcelona, in Hall 8.1 (App Planet), Booth no. H65, visitors can step into a hacker’s shoes and see what data is visible over an unencrypted Wi-Fi network. At the show, Avast is featuring Avast SecureLine VPN, which is available on Google Play and in the Apple App Store. 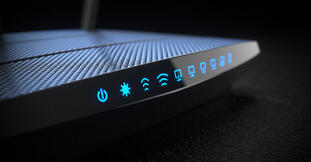 What Are FragAttacks? | Avast A new series of attacks against many Wi-Fi routers is being called FragAttacks. Here's how (and why) to better secure your Wi-Fi network. 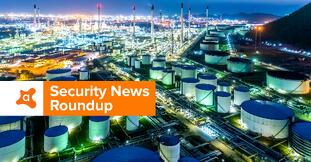 Colonial Pipeline Reopens After Ransomware Attack | Avast Less than a week after shutting down last Friday to contain a ransomware attack, petroleum transport company Colonial Pipeline has resumed normal operations as the main gas provider for the eastern and southern United States. 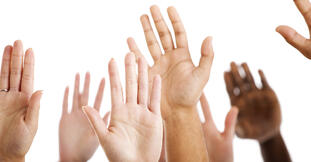