Redwood City, California, United States, October 2, 2019 – Avast (LSE:AVST), a global leader in digital security products, today revealed that the typical person has 952 photos on their devices at any given time, of which as many as 22% are bad quality, blurry, dark or duplicate images. The research found that on average 292 images are stored by WhatsApp and 86 screenshots are saved by the users, and getting rid of these photos could free up at least one fifth (20%) of a smartphone’s storage space, increasing the enjoyment of the device.

The worst offenders
Perhaps defying expectations of the ‘selfie generation’, the research found that 18-24 year olds actually have the fewest number of photos saved, perhaps due to the increasing popularity of near-live photo content through Snapchat and Instagram stories, which disappear after 24 hours. 25-44 year olds have the highest number of photos on their devices, with over 1,000 stored in their phone memory.

“Why do people carry around really bad photos? This could be because those who are parents in this age bracket are taking lots of photos of their kids, and cannot bring themselves to delete the less than perfect ones or do not have the time to go through their photos properly, something many of us can relate to,” added Sandro Villinger, Performance Products, Avast.

The research also found that women take 24% more photographs than men do, with an average of 200 more photos stored on their device and 1,053 photos in total on their camera gallery, compared to an average of 851 for men.

Global trend
The data shows that in general, having many hundreds of photos saved on your device is a global trend, and that smartphone users in each of the 45 countries Avast studied are also not regularly deleting the bad ones. In Japan, almost a third of smartphone user’s storage space is wasted because of dark, blurred or duplicate snaps, and in the UK, consumers waste almost a quarter of their hard drive space.

Sandro Villinger added, “Increasing amounts of storage and great in-built camera quality on our smartphones allow us to snap away happily. However, phones that come with large in-built storage capacity are still among the most expensive, and additionally many services today delivered via apps that have to be downloaded. It’s easy to see how a lack of memory on your phone can really impact your enjoyment, so getting into the habit of deleting bad photos regularly is a quick and simple way to keep your current device usable.”

Visit the Avast blog to find out more about which countries take the most photos and what quality they are.

*Methodology
The data in this document is anonymous data analyzed from 6 million Avast Cleanup users on Android and Mac. The data was collected across a six month period, from December 2018 to June 2019. 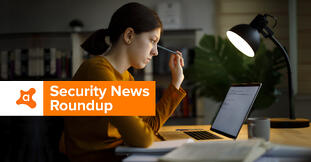 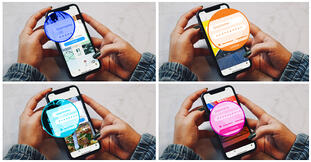 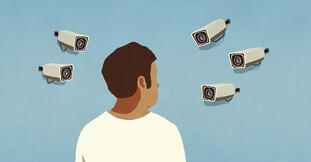