In their session, moderated by Internet politics activist Geraldine De Bastion, Kasparov and Guarnieri will discuss how state and corporate actors use and misuse the Internet for their political and commercial interests, and how this affects human rights, individual freedom, privacy and security. They will also debate how a balance between regulations and individual empowerment could be established.

As a Soviet citizen and a pro-democracy leader in Russia, Kasparov has witnessed how governments abuse information to strengthen their own power. Guarnieri has extensively researched and reported human rights violations through digital technology in many countries, including Iran and Azerbaijan, and even the U.S.

What: Presentation and discussion: Hacking Democracy: Power and Propaganda in the Digital Age

Press Conference:
Prior to the session, Avast will host a press conference at re:publica, reception room,
at 3:00 – 4:00p.m. CET, with Garry Kasparov and Ondrej Vlcek, Avast’s CTO, and Executive Vice President and General Manager, Consumer. Kasparov will touch on the session topic, and will talk about man vs. machine interaction. Since Kasparov’s historic matches against the IBM supercomputer Deep Blue, he has been passionate about finding ways humans and intelligent machines could collaborate. Vlcek will then analyze how man vs. machine interaction can work in digital security, how threats can be fought with machine learning and artificial intelligence technology, and where human intelligence is required in security. Vlcek joined Avast as a software developer in 1995, became chief developer in 2003, and has driven artificial intelligence in security since its early days.

Media: If you are interested in joining the press conference, or in an interview with Garry Kasparov or Ondrej Vlcek, please contact avast@hbi.de.

About Garry Kasparov
Garry Kasparov was born in Baku, Azerbaijan, in the Soviet Union in 1963. He became the youngest world chess champion in history in 1985 and was the world’s top-rated player for 20 years, until he retired in 2005. His matches against arch-rival Anatoly Karpov and the IBM supercomputer Deep Blue popularized chess and machine intelligence in unprecedented ways. Kasparov became a pro-democracy leader in Russia and an outspoken defender of individual freedom around the world, a mission he continues as the chairman of the New York-based Human Rights Foundation. He is a Visiting Fellow at the Oxford-Martin School, where his lectures focus on human-machine collaboration. Kasparov is a provocative speaker who appears frequently before business, academic, and political audiences to speak about decision-making, strategy, technology, and artificial intelligence. His influential writings on politics, cognition, and tech have appeared in dozens of major publications around the world. He has written two acclaimed series of chess books and the bestsellers How Life Imitates Chess on decision-making and Winter Is Coming on Russia and Vladimir Putin. His new book, Deep Thinking: Where Machine Intelligence Ends and Human Creativity Begins comes out in May 2017. In 2016, he was named a Security Ambassador by Avast Software, where he discusses cybersecurity and the digital future. He lives in New York City with his wife Dasha and their two children. 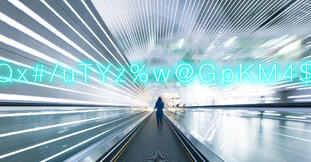 Avast Passwords EOL | Avast Why we’re pausing the sale of our current Passwords product and what the future holds for Passwords at Avast. 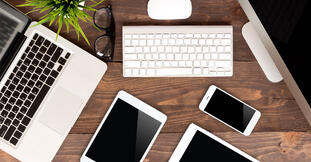 Mac or PC: Which is Best for Business? | Avast Mac and Windows both have many benefits, but which is best for small businesses? From performance to security, find out which is right for you. 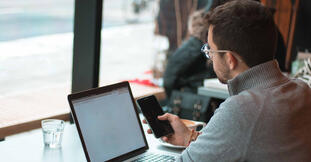 Converged Security Solutions | Avast Fully converged router and end-point solutions allow device security for users wherever, whenever, and however they choose to connect.
Show me more