REDWOOD CITY, Calif. – March 16, 2021 – Avast (LSE:AVST), a global leader in digital security and privacy products, today announced that its Chief Information Security Officer Jaya Baloo will be moderating a panel discussion titled, “Ethics of Hacking: Doing Good with Security Skills” at the virtual SXSW Interactive Conference 2021. The session will be available to event attendees on-demand beginning Tuesday, March 16 at 10:15 a.m. Central Time (US) until the show’s close on Saturday, March 20.

The conversation, which is part of the conference’s “Uncharted Future” track, explores the ethical boundaries and legal considerations of hacking for good. Panelists Katie Moussouris, CEO and founder of Luta Security and Chris Roberts, vCISO of Hillbilly Hit Squad will share first-hand anecdotes from their cybersecurity careers as well as advice for those interested in the field.

Both Moussouris and Roberts have recently been featured on the new Avast Hacker Archives (“AHA”) podcast, in which Baloo unveils the “a-ha!” moments of famous hackers’ and renowned cybersecurity experts’ careers. Launched in January 2021, the series so far includes three interviews available on YouTube and other podcast streaming platforms worldwide.

Media: Jaya Baloo is available for interviews. Please contact pr@avast.com to arrange a time during the event.

What: In this panel, a renowned Chief Information Security Officer from one of the world’s largest digital security companies will sit down with two of her peers to discuss the ethical boundaries of hacking: from hunting APTs from their own home network, to altruistic intrusions from an airplane WiFi. Attendees will hear first-hand anecdotes from these disruptors and walk away with an understanding of the moral underpinnings of the unique skill set of hackers.

Avast CISO Jaya Baloo is formally recognized within the list of top 100 CISOs globally and ranks among the top 100 security influencers worldwide. She joined the company in October 2019 after serving as CISO of KPN, the largest telecommunications carrier in the Netherlands. Baloo has been working in the field of information security, with a focus on secure network architecture, for over 20 years.

Katie Moussouris is the founder and CEO of Luta Security, which specializes in helping businesses and governments work with hackers to better defend themselves from digital attacks. She is a bug bounty and vulnerability disclosure expert and scholar as well as a well-known hacker. Moussouris also holds the title of MIT Sloan and Harvard Belfer Visiting Scholar. After launching Microsoft’s and the US Department of Defense’s first bug bounty programs, the industry’s first vulnerability coordination maturity model, and helping many others realize the benefits of working with hackers, she helps even more people and governments worldwide in policy, vulnerability coordination and bug bounties.

Chris Roberts is vCISO and researcher at HillBilly Hit Squad where his most recent projects are focused on deception, identity, cryptography, and artificial intelligence. Regarded as one of the world’s foremost experts on counter threat intelligence within the information security industry, Roberts constructs and directs a portfolio of defense services designed to improve the physical and digital security posture of both enterprise and government clients.

South by Southwest (stylized “SXSW” and colloquially referred to as “South by”) is a conglomerate film, music, media, and technology festival and conference. Since 1987, hundreds of thousands of culture and tech enthusiasts have come together each March in Austin, Texas for concerts, film premieres and screenings, and keynotes/panels with industry leaders and visionaries. SXSW Interactive, the tech division of the conference, focuses on emerging technologies and features a tradeshow, speakers, and a startup accelerator. 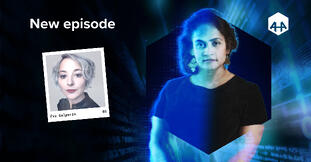 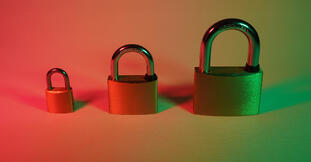 Facebook and Google Account Authentication | Avast In the wake of the recent Facebook data leak, let's walk through the steps you can take to enable two-factor authentication on your accounts. 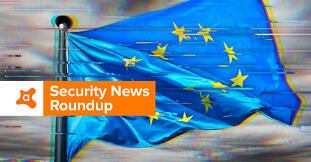 Coordinated Cyberattack Targets EU Institutions | Avast A number of European Union institutions, including the European Commission, were targeted in a substantial cyberattack last week, though no major information breach has been detected as of yet.
Show me more