Redwood City, California / Prague, Czech Republic, October 22, 2018 – Avast, the global leader in cybersecurity products, and Vodafone, one of the world’s top mobile carriers, today announced the market launch of the new Vodafone Family Security app. Avast and Vodafone Czech Republic collaborated on the creation of the app which is tailored to help parents keep their children safe when using their mobile devices to go online. Vodafone is now rolling out this app as an offer to its more than three million customers in the Czech Republic.

“At Vodafone, we’re constantly trying to understand our customers‘ needs, and see a clear requirement by parents to protect their children in the online world. According to the most recent EU Kids online study, the wide majority of children access the internet via mobile device. As a mobile operator, we see ourselves well positioned to provide parental control tools. We regard Avast as a strong partner and trusted brand who already has a track record in providing strong solutions for mobile operators,“ said Petr Dvorak, CEO of Vodafone Czech Republic.

The new Vodafone Family Security app for iOS and Android allows parents to:

“Our partnership with Vodafone to develop and deliver a customized version of our parental control app to mobile users in Czech Republic demonstrates the value of our carrier collaboration strategy,” said Gagan Singh, SVP & GM, Mobile at Avast. “Mobile devices provide convenience for families’ communication on-the-go, but also create challenges as children can be exposed to inappropriate content. In working with Vodafone, we have included features which match the usage and concerns of mobile customers in this market. Parents using our app will be able to manage their children’s access to online sites and apps to ensure they are digitally safe, while also being able to check where they are physically located.”

Avast partners globally with a number of carriers, including all major mobile carriers in the United States, to provide and implement safety solutions such as Avast Controls and Insights and Avast Locator.

The app can be used on devices on Android version 5.0 or higher or iOS version 10 or higher. It is available on Android systems since October, and will be available for iOS from November. Later this year, Vodafone Czech Republic will also offer “Vodafone Security”, based on Avast’s mobile security technology, protecting people from mobile cyber threats and risks including malware, Wi-Fi vulnerabilities, and device loss, later this year.

About Avast
Avast (LSE: AVST) is the global leader in digital security products. With over 400 million users online, Avast offers products under the Avast and AVG brands that protect people from threats on the internet and the evolving IoT threat landscape. The company’s threat detection network is among the most advanced in the world, using machine learning and artificial intelligence technologies to detect and stop threats in real time. Avast digital security products for Mobile, PC or Mac are top-ranked and certified by VB100, AV-Comparatives, AV-Test, OPSWAT, ICSA Labs, West Coast Labs and others. Visit: www.avast.com.

About Vodafone Czech Republic
Mobile operator Vodafone Czech Republic has belonged to Vodafone Group, one of the largest telecommunications groups in the world, since 2005. It provides mobile services to more than three million customers in the Czech Republic. Vodafone has been providing comprehensive telecommunications services for corporate clients through Vodafone OneNet since 2007 and now operates more than one million corporate SIM cards. In 2012 Vodafone became the first operator on the Czech market to move to per-second billing. The next year Vodafone introduced Turbo Internet and brought high-speed mobile Internet access to rural areas and smaller cities. It currently offers the fastest and widest mobile broadband network on the Czech market. Vodafone is currently working on expanding LTE to all corners of the Czech Republic. In keeping with its CSR activities, in early 2015 Vodafone moved to new, eco-friendly headquarters in Stodůlky. Its Vodafone Foundation has distributed more than 170 million Czech crowns. In the 10 years since its establishment, it has become one of the most highly evaluated corporate foundations. It is among the most important supporters of and investors into technological social innovations that improve the lives of disadvantaged groups in society. For more information, please see www.vodafone.cz 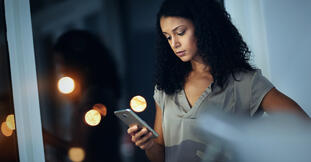 The Social Dilemma Review | Avast Netflix's docufilm, The Social Dilemma, isn't perfect. However, it could be one small step to help us understand the role that social media plays in our lives. 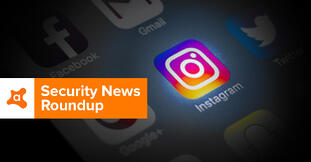 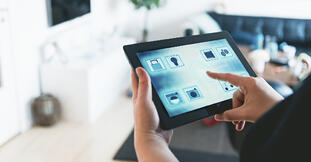