REDWOOD CITY, California, February 7, 2017 – Avast Software, the leader in digital security products for consumers and businesses, today announced yet another milestone for January with the release of the Avast 2017 version of its free and premium flagship consumer security software products. Avast 2017 showcases a stronger security engine and the advantages of cloud-based advanced analysis, faster detection times, and additional protection layers between users and cybercriminals. New features and enhancements are now available across every Avast 2017 product and work to prevent zero-second malware attacks, monitor for cyber spying on user accounts and financial data, facilitate securing multiple passwords, and offer innovations for uninterrupted PC gaming.

This is the first Avast desktop product release following the acquisition of AVG in September 2016 and includes combined threat detection technologies from both products, allowing Avast to deliver the best defense against cybercrime to date. Every product in the Avast 2017 free and premium consumer security product line – Avast Free Antivirus, Avast Pro Antivirus, Avast Internet Security and Avast Premier – includes the following new features and enhancements:

CyberCapture: Avast’s proprietary, cloud-based smart file scanner now has faster detection times to identify, isolate and determine whether unknown files are harmful and analyze these in real-time. CyberCapture isolates unknown files in a safe, cloud environment for a deeper level of analysis and automatically establishes a two-way communication channel with Avast Threat Labs to speed detection. CyberCapture is currently analyzing an estimated 10,000 new files each day with decisions made for more than half of the files within five minutes or less.

Behavior Shield: This new feature continuously monitors suspicious behavior of any software running on computers and automatically protects users against zero-second threats, malicious programs and cyber spying on passwords and bank account details that would normally not be possible using traditional detection methods. Behavior Shield is especially powerful against the emerging threat of ransomware.

Uninterrupted Game Play, Faster Speed: Avast’s Game Mode now automatically detects game play and prioritizes it to ensure zero interruptions to maximize the speed and performance needed for gaming. Uniquely, when Avast 2017 switches into Game Mode, it not only halts all Avast notifications and background processes, it also suspends other notifications and pauses Windows Updates.

Password Management: Avast Passwords is now redesigned for PCs and Macs, making passwords even easier to manage and keep users secure. Users' passwords are securely kept in one convenient location, locked behind a master password and when unlocked, Avast Passwords auto-fills the information every time users log into their online accounts. A premium feature automatically notifies users whenever any of their account credentials are found to be leaked on the Internet and also allows users to unlock their desktop passwords from their phones.

Passive Mode: This new mode allows users to run two security products at the same time, choosing features they prefer from either solution, without decreasing PC performance or requiring uninstalling or re-installing solutions. This allows users to run Avast alongside any other antivirus application.

This latest version of Avast 2017 follows the release of the company’s AVG consumer security and tune-up products launched in early January. Both releases reveal the advantages from the combined operations of the two threat labs and the more powerful insights from a larger threat detection network. Avast’s threat detection network is now the largest in the world, using cloud-based behavioral detection, artificial intelligence technologies and access to a network of more than 400 million endpoints that act as sensors to detect and neutralize threats in real time. AVG’s behavioral analysis technology is now integrated into the Avast 2017 consumer product line for stronger threat detection.

Vince Steckler, CEO at Avast, said: “Bringing the new Avast and AVG consumer security products to market so quickly and smoothly after combining our teams, operations and technologies is a milestone for us. Each product now represents the best aspects of Avast and AVG -- providing the strongest detection to date and enhancing the experience our customers have come to expect. This not only requires a high level of teamwork but demonstrates our continued commitment to delivering security solutions that address the evolving IoT threat landscape. Our combined excellence in machine learning and artificial intelligence technologies means we now identify and mitigate threats on an unprecedented scale to protect more than 400 million customers worldwide."

The release of the Avast 2017 versions, including Avast Free Antivirus, Avast Pro Antivirus, Avast Internet Security and Avast Premier, are available now to all current Avast users and can also be downloaded at www.avast.com. 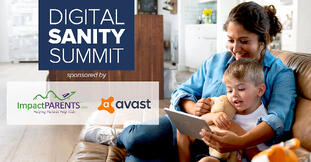 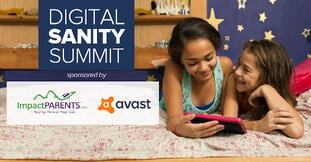 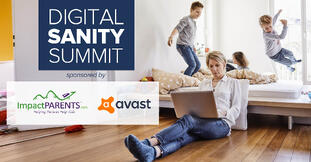