PRAGUE, Czech Republic, January 19, 2010 – ALWIL Software, makers of the world’s most popular free antivirus program with over 100 million users, has launched new versions of its free and premium software.

The new 5.0 furthers the company’s objective of offering full-fledged antivirus and anti-malware protection that is modern, sophisticated – and free. Together with the free version, avast! is also introducing the new premium Internet Security suite and an update of its paid Pro Antivirus product.

“With avast! 5.0, we are defining a new direction in antivirus,” explains Vince Steckler, CEO of ALWIL Software. “Our free and paid versions are identical in terms of the level of malware protection. The free version is designed for ordinary internet use while avast! Internet Security 5.0, our new top product, is best for internet users doing security sensitive activities such as on-line shopping and banking.” The new Internet Security includes an intelligent firewall and anti-spam service with ongoing updates to help users deal with unwanted email.

The new avast! 5.0 products are already getting kudos and “seals of approval”:

“If you look at the results for the last version of avast! Free Antivirus from leading independent testing labs, we outperformed paid solutions in detection rates and performance,” comments Ondrej Vlcek, Chief Technology Officer at ALWIL Software. AV-Comparatives in November awarded avast! the highest “advanced+” rating for its ability to proactively detect viruses and malware without a fresh virus update.

avast! 5.0 sets a performance benchmark that paid antivirus will have a hard job to match. “The product outperforms a number of competitor products we’ve struggled with in our tests in recent years,” writes John Hawes, Technical Consultant & Test Team Director of VirusBulletin, the UK-based independent computer security testing agency, in its January 2010 issue. “That it manages to look pretty fabulous too is pure gravy. The new suite version has some fun and useful extras, and the free version being available to all without charge is nothing short of a miracle.”

Architectural improvements in the new products make the lives of users easier by optimizing performance to take advantage of multiple PC processor cores. Tests conducted on the Intel's latest notebook platform based on Intel® Core™ i5 mobile processor demonstrate that the new avast! 5.0 is 40% faster than the previous versions.

“Intel delivers new processors with great performance headroom for today's demanding customers. We are glad to have been able to aid avast! in optimizing its security solution to take full advantage of our latest technologies with the clear benefit for end users,” said Wolfgang Petersen, EMEA Director of Intel Software & Services Group.

The faster scanning speed does not require greater computer resources. To the contrary, the new 5.0 is lighter on system resources as shown by the reduced energy consumption. Each full scan requires 10.6 Wh less electric energy. With 100 million avast! users, this translates to a potential 50 GWh energy saving per year. So, there is something for the environment as well.

Free is where the action is, and it is a profitable space for avast! as Steckler explains, “Our free version is for home non-commercial use. We believe that by showing these users the full potential of our software, they will continue to advocate our brand into the wider market.” Considering that two out of every three avast! users discovered the software through a friend’s recommendation, the focus on the free version is a proven market building strategy.  “If you look at the antivirus market, many vendors use trialware or stripped down versions of their software to lure new customers,” comments Steckler. “This model is flawed because users need complete security and not tease-ware or advertising-ware. Computer users demand full functionality for free and avast! Antivirus 5.0 gives them just that.”

avast! Free Antivirus 5.0 replaces the old avast! Home Edition. It uses the same malware detection capability as both premium versions and is not a stripped down or impaired version. It is the best solution for all users who use the internet for e-mailing, chatting or web browsing. Since its introduction in 2004, avast! Free Antivirus has become one of the world’s most popular applications. Its growing pool of over 100 million users consistently give the software high approval ratings.

The new avast! Internet Security provides comprehensive security for on-line shopping and banking. It provides protection against threats from infected web sites and the growing risk of identity theft. As the premium avast! product, it contains an intelligent firewall and a comprehensive anti-spam/phishing module in addition to the antivirus, anti-spyware, anti-rootkit, scriptblocker and other real-time shields. avast! Internet Security can be licensed for 3, 5 or 10 computers starting at $59.95 for 1 year protection. 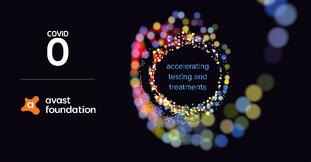 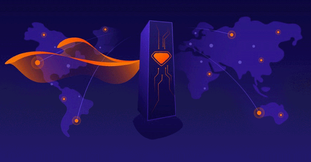 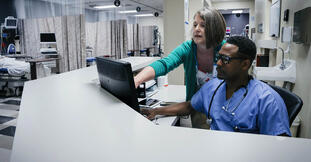