The next-generation avast! 7.0 will include a virtualized desktop for safer banking and shopping, adding a new layer of user security by preventing the theft of sensitive data from infected machines.

PRAGUE, Czech Republic, February 17, 2011 – Even with an infected computer, users can still keep their online transactions private, thanks to the secure virtualized desktop in the upcoming version of avast! 7.0.

“A user can never be absolutely sure that his or her machine is 100 percent clean. But now with SafeZone™, they can have a secure virtual space from which malware is not able to steal their sensitive data,” explains Ondrej Vlcek, CTO at AVAST Software. “This is really a 180 degree change in philosophy as we’ve long focused on keeping malware from getting in. Now we can also keep malware from taking any information out.”

Consumers are vulnerable to the theft of their personal details by spyware in their computers and in infected websites. In addition, information can be stolen in transit through insecure internet connections. While internet users sometimes have the option of selecting secure DNS or HTTPS connections, the multiple layers within many sites make this a complicated process. This security vulnerability is most critical for people that extensively bank and shop online.

SafeZone™ counters these weaknesses by creating a virtual desktop within the computer. “It’s an inside-out sandbox for providing greater security,” says Vlcek. “Where the usual virtualization creates a sandbox to keep incoming malware from coming in and damaging the real computer, SafeZone™ keeps your private data from going outside via malware.” He points out that this new feature creates full desktop isolation which blocks out invasive malware applications such as keyloggers.

“SafeZone™ is about creating a new secure, private space - without users having to worry about the technical specifics, and one that is not dependent on an already clean machine,” adds Mr. Vlcek. “In this way, AVAST is furthering the fundamental concept of ‘transparent security’.”

The new SafeZone™ will be a component in the paid-for variants of avast! 7.0 including avast! Pro and the premium avast! Internet Security suite. Supporting materials and screenshots are available here. 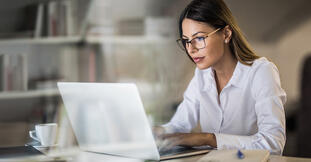